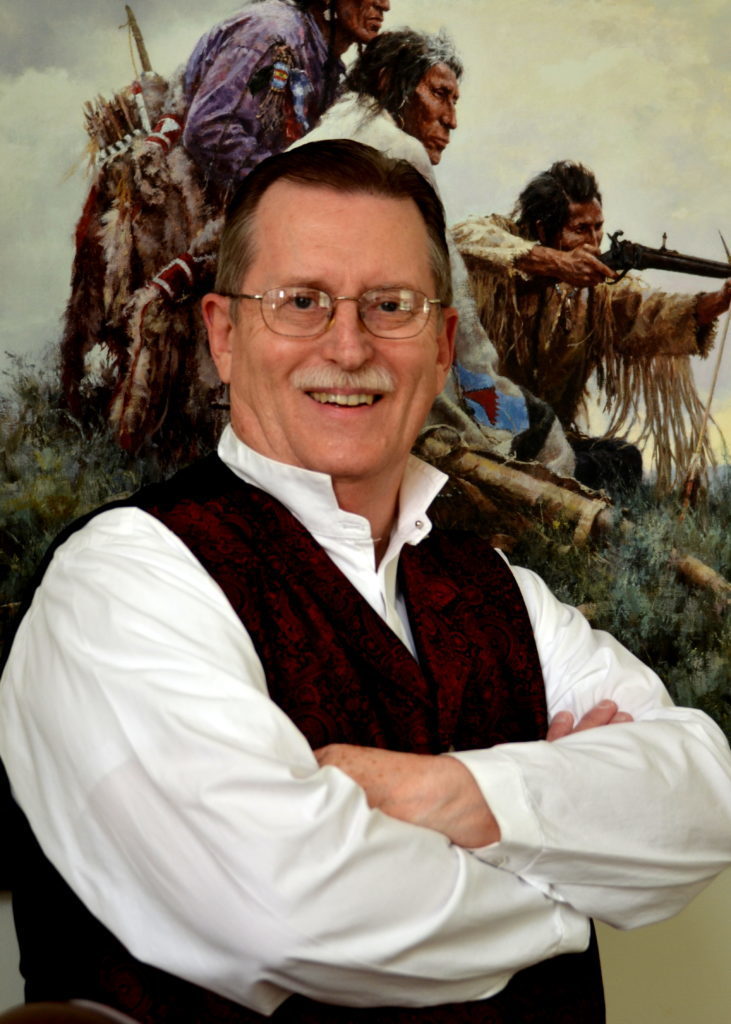 W. Michael Farmer combines ten-plus years of research into nineteenth-century Apache history and culture with Southwest-living experience to fill his stories with a genuine sense of time and place. A retired Ph.D. physicist, his scientific research has included measurement of atmospheric aerosols with laser-based instruments, and he has published a two-volume reference book on atmospheric effects on remote sensing. He has also written short stories for anthologies and award-winning essays. His first novel, Hombrecito’s War, won a Western Writers of America Spur Finalist Award for Best First Novel in 2006 and was a New Mexico Book Award Finalist for Historical Fiction in 2007. His other novels include: Hombrecito’s Search; Tiger, Tiger, Burning Bright: The Betrayals of Pancho Villa; and Conspiracy: The Trial of Oliver Lee and James Gililland. His Killer of Witches, The Life and Times of Yellow Boy, Mescalero Apache, Book 1 won a Will Rogers Medallion Award and was a New Mexico–Arizona Book Awards Finalist in 2106. Mariana’s Knight, The Revenge of Henry Fountain won the 2017 New Mexico–Arizona Book Award for Historical Fiction and Blood of the Devil, The Life and Times of Yellow Boy, Mescalero Apache, Book 2 was a finalist.

These two novels have also won 2018 Silver Medallion Will Rogers Awards. Apacheria, True Stories of Apache Culture, 1860-1920 won the 2018 New Mexico–Arizona Book Award for History-Other (Other than New Mexico or Arizona), Best New Mexico Book in 2018, a gold medallion in the 2019 Will Rogers Awards for History-Young Folks, and named one of the twenty best books on the southwest by the Pima County (Phoenix and surrounding area) Library System. In 2019 Knight’s Odyssey and Knight of the Tiger won gold medallions in the Will Rogers Medallion Awards, and Knight of the Tiger won the 2019 New Mexico-Arizona Book Award for Fiction-Adventure NM.

The author is continuing work on two histories and two novels to be released in 2019 through 2021 about the captivity and wars of Geronimo. Geronimo: Prisoner of Lies, Twenty-Three Years as a Prisoner of War is a history of what happened to Geronimo after he surrendered in 1886 and was published in October 2019. The Odyssey of Geronimo, a novel about his years in captivity, will be published in May 2020. The history of Geronimo’s last ten years of war and peace before his surrender, An Apache Iliad, and the companion novel, The Iliad of Geronimo, A Song of Blood and Fire are expected to be published in 2021.